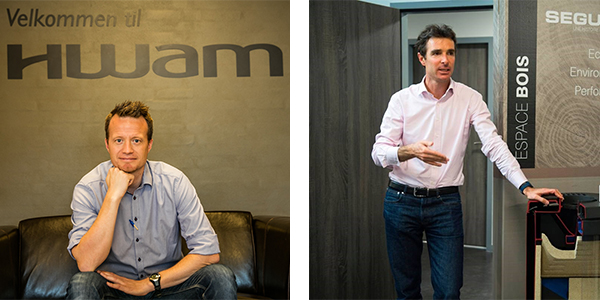 From dream to reality

The story of HWAM is the story of a man whose big dream has come true through hard work, enterprise and skilled employees.

In 1973, Vagn Hvam Pedersen decided to start his own business from a burning desire to unlock his potential. Trained as a smith, he had worked for a number of years with ventilation and other tasks associated with the trade, but he felt that the time had come to shape life with his own hands.

At Sønder Skovvej in Hørning, Vagn bought the industrial site that would become the springboard for HWAM. This is where Vagn's few years as an independent businessman in ventilation and assembly would be replaced by many years as a wood-burning stove manufacturer. As fate would have it, Vagn made contact with architect and furniture cabinetmaker Anders Fasterholt, and it turned out that they shared a passionate interest: wood-burning stoves. Their collaboration and product development would come to shape the company from then on—first under the name of ABC Pejse Industri A/S and later HWAM A/S.

In 2009, Vagn stepped into the background and held the post of chairman on HWAM's board of directors. The sons Stefan Hvam Pedersen and Torsten Hvam Sølund took over as CEO and technical manager. It was only natural that the running of the factory would be passed onto the sons, both of whom were born and bred wood-burning stove manufacturers.

In 2019, HWAM A/S enters a partnership with Aymeric de Galembert, CEO of French SEGUIN Group, as co-owner, thus significantly expanding the product portfolio. HWAM A/S remains under Danish management with Stefan Hvam Pedersen as the CEO. Today, HWAM has a dealer network covering all of Europe, Scandinavia and UK. Add to this, importers in a wide range of countries such as Finland, Belgium, Italy, France, Spain, Lithuania, Russia, Greece, Japan, South Korea and South Africa. 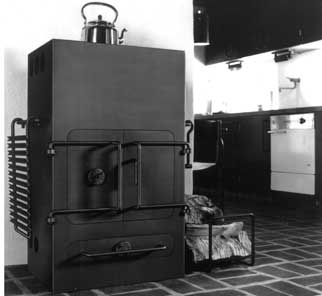 Over the last 45 years, HWAM has written important chapters in the history of wood-burning stoves with a burning desire for new and better heating solutions. Below you can read about a number of initiatives and innovations by HWAM, which give the impression of an innovative and future-orientated company that has succeeded in setting new, high standards for the industry. Click on the year you would like to know more about, and the event will appear.
2019 - French SEGUIN Group and Danish HWAM A/S join forces
French SEGUIN Group and Danish HWAM A/S have decided to join forces to enhance the synergy of their cooperation. SEGUIN takes over 75% of the shares while CEO Stefan Hvam Pedersen has the remaining 25%. Over the past 15 years, SEGUIN and HWAM A/S have worked closely together, SEGUIN being responsible for establishing the sale of HWAM wood-burning stoves and inserts on the French market.
2016 - HWAM is honoured with a DI Award
HWAM is honoured with a DI Award for the intelligent electronic solution HWAM® SmartControl™ Read more about HWAM® SmartControl™ here
2012 - Technology turns on the wood-burning stove
HWAM introduces electronic stove control. The temperature is set to the desired level by means of the remote control for Autopilot IHS™. The wood-burning stove will take care of the rest and ensure correct and customised lighting. The technique of Autopilot IHS™ ensures that the heating regulation in the stove resembles the process that occurs in nature. The burning of wood is environmentally friendly. While they are growing, trees absorb CO2 which is given off again when they are left to rot in the forest, or when wood is burned in the wood-burning stove. Today the technology is known as HWAM® Autopilot™ Read more about HWAM® Autopilot™ here
2009 - Generational handover and name change
In the spring of 2009, Vagn Hvam Pedersen resigns as CEO, and a generational handover is initiated with Stefan Hvam Pedersen at the helm as the new CEO. HWAM Heat Design AS changes its name to HWAM A/S.
2005 - Another design competition
In 2005, HWAM launched another design competition. The winners were furniture designers Christina Strand and Niels Hvass, who set a new agenda for product design with the products HWAM 3310, HWAM 3320 and HWAM 4410. Read more about the designers here
2003 - ISO certification
In December 2003, HWAM, as the only stove manufacturer, obtained 4 ISO certifications in quality, environment and working environment.
2001 - Co-operation with the designers Sørig & Jacobsen
In 2001, HWAM engages in co-operation with the designers Sørig & Jacobsen. The designer duo has designed the wood-burning stoves Figaro, Carmen, Othello and later, the insert I 20/80 with a curved front as well as the 3600 series. Read more about the designers here
2000 - ABC Pejse changes its name to HWAM Heat Design A/S
In 2000 ABC Pejse changes its name to HWAM Heat Design A/S.
1998 - Design competition
In connection with HWAM's 25th anniversary in 1998, a design competition was held in collaboration with the Danish Design Centre in Copenhagen. Four renowned designers came up with their idea of a modern and functional wood-burning stove. The winning wood-burning stove, WALL, was designed by Aarhus Arkitekterne & SMT design by architect Mogens Kristensen and designer Torben Madsen.
1995 - Soapstone
In 1995, HWAM started using soapstone from Tulikivi in Finland. Soapstone is a very special type of granite with a very high content of talcum. It is used as stove cladding the same way as tiles. Soapstone is not only used as decoration. It is also used for heat storage. Read more and heat storage here
1993 - Vermiculite by Skamol
In the early 1990s, Skamol A/S launched a new, high-performance insulation material - vermiculite - for the purpose of improving combustion. The only drawback was its appearance, as it resembled chipboard. When we realised that form was not relevant in production, we created a new one that matched our ideas. This proved to be a success for both companies. A former board member of Skamol A/S later told us that if it had not been for HWAM, they would never have seen the full potential of the product.
1988 - Medal of Merit and patent

In 1988, Vagn Hvam Pedersen, on behalf of the company, was presented with King Frederik IX's royal medal of merit by his royal highness Prince Henrik for their Danish export efforts. "I am very honoured to have received this medal,” recalls the proud founder of HWAM, Vagn Hvam Pedersen. "It was a great day and an important chapter for the company." 1988 was also the year when the automatic control was patented.
1985 - Automatic control of the air supply. - HWAM® Autopilot™
In the mid 80’s, a need arose for safety and environmental accreditation of wood-burning stoves. As a consequence, we at HWAM started developing a system for automatic air supply, which would make it easier for the end user to achieve cleaner combustion. Today this system is called HWAM® Autopilot™. Read more about HWAM® Autopilot™ here
1984 - DAPO is founded
DAPO - Danish Manufacturers of Fireplaces and Wood-burning Stoves was founded on the initiative of Vagn Hvam Pedersen. Today it is composed of 14 wood-burning stove manufacturers.
1981 - The development of glass for the doors
At HWAM, we came across a type of ceramic glass that was being used for domestic hobs. Although it was a very expensive solution, we decided that if HWAM was to have glass in the doors, we would not settle for second best. However, it made the door so tight that soot developed on the inside. As a first mover, we developed a method that would allow air to be led in along the inside of the glass door. Since then, HWAM’s air wash system has been the best on the market. Read more about the air wash system here
1980 - The export adventure begins
The export adventure began in 1980 when Vagn Hvam Pedersen went abroad to present HWAM’s stoves to potential customers. It was a success, and many took a shine to the stylish design. Only three years later, exports accounted for 2/3 of HWAM’s turnover.
1976 - The first wood-burning stove
In 1976, Vagn Hvam Pedersen and furniture architect Anders C. Fasterholdt joined forces to design and construct a wood-burning stove. They gave it a new design and functionalities not previously seen on the market. HWAM (the then ABC Pejse) asked the Danish Technological Institute to test it. They had not done this before, but with equipment and methods known from the boiler industry, the first wood-burning stove was tested for durability, safety, and efficiency.

Certain words characterise our values and help define our identity both internally and externally. The words speak of the characteristics associated with the business and function as a common frame of reference expressing business conduct. At HWAM, we look ahead. We innovate with due consideration of the environment and with a focus on consumers. We familiarise ourselves with the work we do—that is the focal point of our entire business. And we do it together. We are open about what we do, and there is room for everyone of us.

Vision
Through a network of loyal dealers, we want to offer the market the best stoves, inserts, pellet stoves and hybrids with intelligent technology and in a timeless design.

Mission
We want to develop, produce, distribute and market products with a unique design, functionality and technology, thus meeting the demands of a quality conscious audience.

HWAM stoves are designed by recognised Interntional architects and furniture designers. They have made sure that our products have the right proportions and areeasy on the eye. Their expressions are simple, elegant and timeless and they fit harmoniously into classic and modern homes alike. Close collaboration between designers and HWAM A/S has resulted in the development of the unique, delightful details that put HWAM stoves into a class of their own.

HWAM stoves are made in Denmark as there can be no compromising on quality.
Danish engineers design and prepare the products for the manufacturing process on the basis of HWAM’s 45 years of experience.
All vital components are manufactured at a high-tech production plant in Hørning, Denmark.
The products are manually assembled and finished before they are packed and shipped to customers, who are ensured a five-year warranty on their new HWAM stoves.